Why the filial prosper: ancestral worship as an ethical end and as a business principle 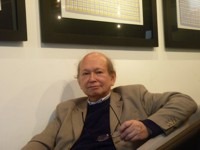 This Penang Story event was organised by the Penang Heritage Trust.

When the Chinese migrated from South China to Penang from the late eighteenth century onwards, they brought their cultural-religious traditions with them and founded organisations which perpetuated the rituals of ancestral veneration. Today, these family temples, clan kongsis and lineage associations in Penang are vibrant and viable institutions owning their own temples and landed properties. In fact, the city of George Town has one of the largest concentrations of lineage institutions outside of China. Both the tangible and intangible heritage of these institutions contribute to the Outstanding Universal Values of the George Town World Heritage Site.

When asked why they carry out certain rituals, these acts of filial piety prescribed by Confucius, custodians of these organisations will usually answer, ‘Because our forefathers did so’. It is important for us to articulate a deeper understanding of these traditions in order to share them with the younger generation. The Penang Heritage Trust presents an important lecture by Professor David Faure, author of the book Emperor and Ancestor: State and Lineage in South China (2007) published by Stanford University Press, on the history behind the evolution of this venerable lineage institution.

Merchants of Huizhou, in Anhui province of central China, known as China’s leading merchants through the Ming and Qing dynasties, were known for their filial piety. No doubt they were filial, many stories are extant to make the point. Less often said is they were also bankers, and were engaged in the business at a time when no law stipulated that sons must honour their fathers’ debts. Whoever would deposit money with a banker whose liabilities cease with his death? Because the Huizhou merchants were filial, nevertheless, you can rest assure that your money is safe. Filial piety is a virtuous end in itself, but it was also good for business in the Huizhou banks.

It wasn’t always that way in Chinese history. For much of Chinese history, the rituals that had been associated with the writings of Confucius were not applied to commoners. For much of Chinese history, it was also considered wrong that common people should seek to accumulate wealth, much better that one should work for the common good. Ancestral sacrifice came about in that setting as a series of accidents. Buddhist rites had served for many until the Song dynasty (say the tenth and eleventh centuries) when a rising body of educated people sought to rebel against those practices. In their efforts, they hit upon the idea that there might be secular rites that could be derived from antiquity. Zhu Xi (1130-1200), government official and philosopher, wrote the handbook that propagated those rites. He argued that commoners, like aristocrats, should also sacrifice to ancestors, and not only at the graves but also in houses. Nevertheless, it took three more centuries to standardize the houses in which ancestors were to be sacrificed to. Most of that history took place in the south of China: Jiangxi, Fujian and Guangdong. Those rituals made China. They also gave Chinese tradition its economic clout.

David Faure is Wei Lun Professor of History at the Chinese University in Hong Kong. He was born and educated in Hong Kong, and has taught at the Chinese University on and off from 1976. He writes on Chinese social and business history and takes a particular interest in the history of the lineage in China. His recent works on the subject include China and Capitalism, A History of Business Enterprise in Modern China, 2006; Emperor and Ancestor: State and Lineage in South China, 2007, and (ed.) Chieftains into Ancestors: Imperial Expansion and Indigenous Society in Southwest China, 2013. He is fluent in English and Chinese (Putonghua and Cantonese).

For a review of David Faure’s book Emperor and Ancestor: State and Lineage in South China please click here (pdf). 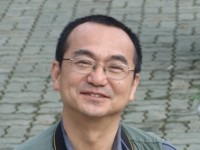