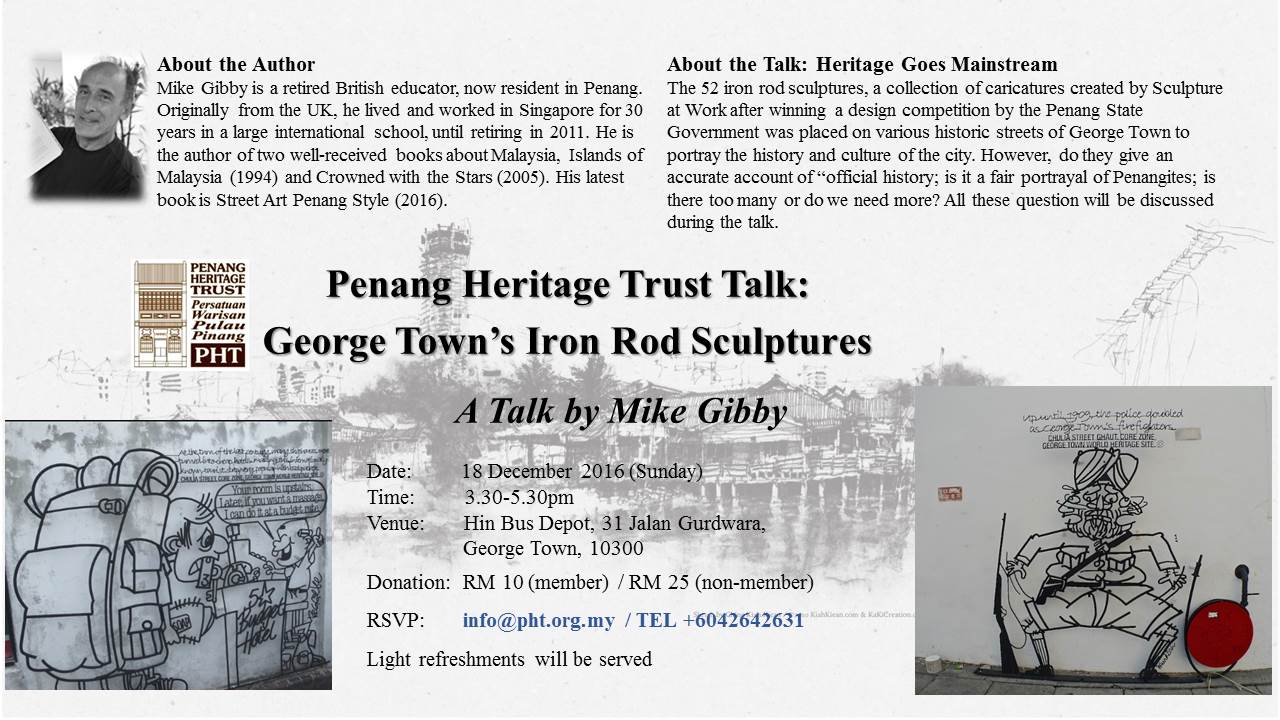 A Talk by Mike Gibby

About the talk: Heritage Goes Mainstream

The 52 iron rod sculptures, a collection of caricatures created by Sculpture at Work after winning a design competition by the Penang State Government was placed on various historic streets of George Town to portray the history and culture of the city. However, do they give an accurate account of “official history; is it a fair portrayal of Penangites; is there too many or do we need more? All these question will be discussed during the talk.

Mike Gibby is a retired British educator, now resident in Penang. Originally from the UK, he lived and worked in Singapore for 30 years in a large international school, until retiring in 2011. He is the author of two well-received books about Malaysia, Islands of Malaysia (1994) and Crowned with the Stars (2005). His latest book is Street Art Penang Style (2016).